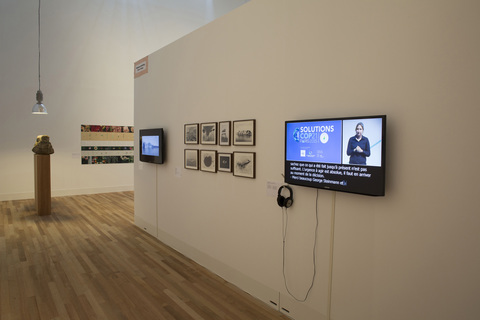 Daniela Di Maro juxtaposes one story of "romantic break-up" against another that is even more heart-wrenching, that of melting glaciers gleaned from youtube.
Nearly a decade before most artists thought to record either pole's receding glaciers, melting icebergs, and habitat loss, Aegide Ring moved quickly to document eight spectacular sights for posterity's sake.
During COP21, ARTPORT curator Anne-Marie Melster and George Steinmann discussed the importance of blueberries for forest health, as well as the importance of including and conserving first people's knowledge.